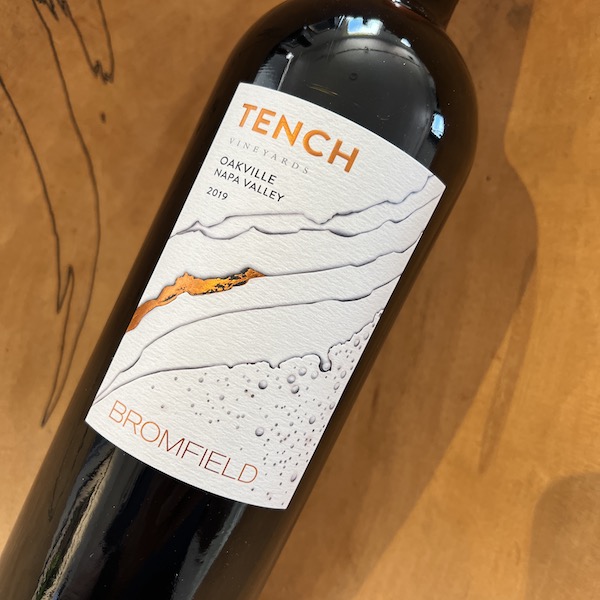 When we first tasted this wine last month, the first thing I said to vintner, Margaret Tench, was that this wine was underpriced. It is a gorgeous, fleshy Red comprised of Merlot, Cabernet Franc, Malbec, Petit Verdot and Cabernet Franc. Made by founding winemaker, Russell Bevan, it displays an aromatic bouquet of blueberries, cloves and minerality. It is a full-bodied dark wine offering up layers of chocolate, licorice, and leather. It is rich and spicy with seamless tannins. When I asked Margaret as to why it was named ‘Bromfield’, she told me it was an affectionate family term. It is the name of the village where her ancestors were born in England and were the first to raise Hereford cattle in England in 1802. When her grandparents bought the Oakville property in 1965, they raised Hereford cattle up until 1971 when the vineyard was planted. 200 cases were produced.

Hallowed ground is exactly what Tench Vineyard is. Located in Oakville where the Vaca Ranch and valley floor converge to form eastern Oakville bench, it is the vineyard that rests alongside the hill just south of Oakville Crossroad. Some wineries lay claim to being ‘neighbors’ of Screaming Eagle but this is the winery that is. Tench has long been considered a Grand Cru vineyard site for wineries fortunate enough to have access to their fruit and in 2017, they began producing their own wine with the help of winemaker Russell Bevan.