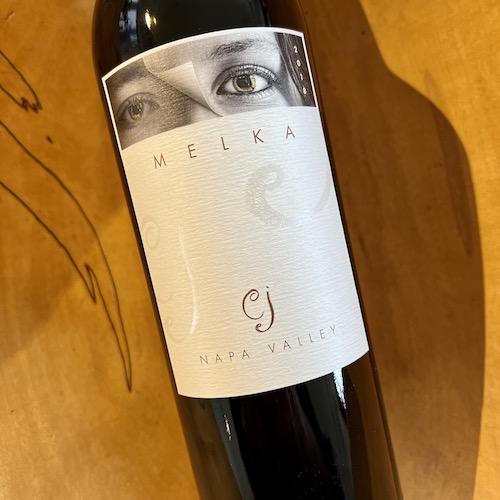 It’s hard to believe that Philippe Melka has been making CJ for over 20 years, but this vintage does mark the 22nd vintage of CJ Cabernet, named after Philippe and Cherie’s two kids, Chloe and Jeremy. On the palate, the 2018 Napa Valley Cabernet Sauvignon is “very juicy and enjoyable with layers of fruit, acidity, and well-integrated soft tannins. Notes of dried plum, cranberry, and hint of vanilla are throughout the wine with beautiful red after notes. The finish is fresh with excellent acidity, rounded tannins and just a hint of sweetness.” For as many wines as Philippe has helped to produce, from Hundred Acre to Dana Estates, Alejandro Bulgheroni to Nine Suns, Brand, Tusk, Fairchild, Seavey, Gandona, Lail and more, this Cabernet has his usual meticulous detail of winemaking in the bottle but is far less expensive than any of the wines he makes for his winery clients.

Philippe Melka has the rare combination of talent and fortune to be a winemaker who started at the top: his first job out of school was at Château Haut Brion. From there, he took a position with the reputable Moueix Company and was sent to Dominus Estate in Yountville to study soils in 1991. Napa Valley soil proved to be a revelation for Melka. He set out traveling, dividing time between soil study and winemaking at world renowned wineries Badio O Coltibuono in Chianti and Chittering Estate in Australia. He returned to France in 1993 to deepen his expertise at Chateau Petrus. In 1994, he returned to Napa full time, and for the past 20 years, Melka has served as winemaking consultant for some of Napa’s most highly regarded properties under his company Atelier Melka founded in 1995.