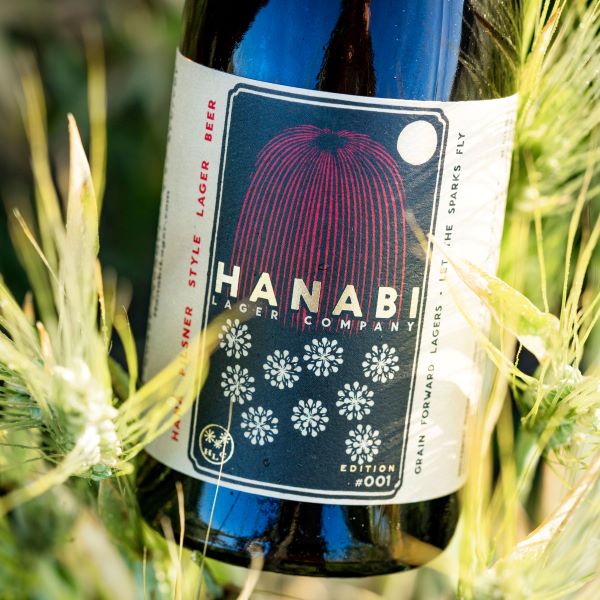 Edition 001 marks a new flagship Hanabi beer that we will have year-round. This Hanabi beer features an heirloom grain variety named Haná that was originally used by Josef Groll to brew the world’s first Pilsner in 1842, in the city of Pilsen, in present day Czechia. Brought back from near extinction by British farmers in 2015, we source it from one of the only fields in the world where it can be found today, in Norfolk, England. Our Haná Pilsner is the rhythm section of our brewery and will be produced year-round. It represents the core of our house approach and style. Presented as a Pilsner style lager, this heritage barley brings aromatic notes of fresh wholegrain bread, nori, and dried spearmint, along with a long, fresh finish. Best consumed by: April 2023. Hanabi Lager is natural and unpasteurized. Store and serve cold.

Thanks to his winemaking efforts at Screaming Eagle, I've become friends with Nick Gislason, their winemaker since 2008 and tasted his pilot batches of Pilsner when he graciously donated and poured a mini keg at our inaugural Inspire Napa Valley 2018. Now Nick, his wife and some winemaking colleagues are brewing seasonal lagers in their brewery workshop in south Napa. Inspired by old-world lager brewing techniques, and using heirloom barley varieties with great flavors, they are brewing lagers that are complex, yet still vibrant and refreshing.