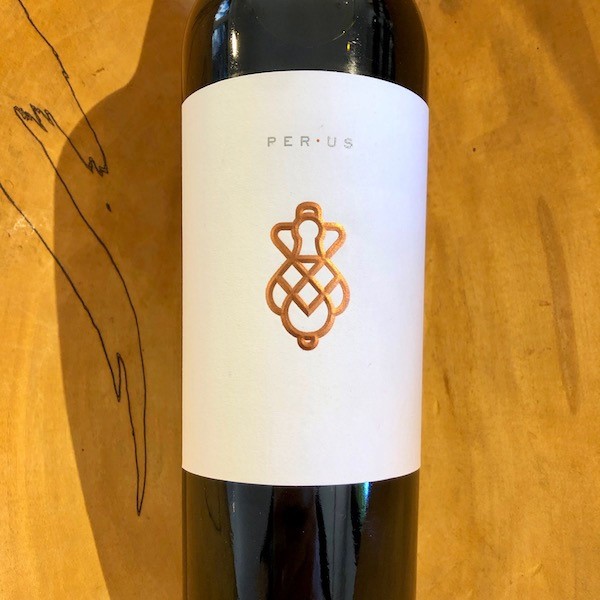 This Proprietary Red from the PerUs team is comprised of Cabernet Sauvignon from the famed Tench Vineyard in Oakville and Merlot and Cabernet Franc from Sugarloaf Mountain Vineyard, the perfect site for Cabernet Franc and Merlot. Russell Bevan has been the winemaker since their first vintage, which was 2013. “The 2019 Alessio Proprietary Red checks in as one-third each of Merlot, Cabernet Sauvignon, and Cabernet Franc, sourced from the Sugarloaf and Sage Ridge vineyards. It has jammy red and black fruits, Asian spices, graphite, and chocolaty notes in forward, opulent, yet balanced and concentrated style that just begs to be drunk. It has great tannins, a good sense of freshness, and should evolve for 15+ years if stored properly.” 97 Points, Jeb Dunnuck. 200 cases were produced.

2019 marks the seventh vintage for PerUs and Russell Bevan continues to make singular, focused wines as their winemaker. “A serious student of wine most of his adult life, Russell first made his mark as a writer with a syndicated column published in Wine Spectator. In 2004, Russell stepped away from the typewriter and into the vineyard, to begin making memorable wines and joining an elite group of winemakers who have received Robert Parker's 100-point score. Russell's Tin Box is the only wine from the 2011 vintage to garner that accolade, and his last three vintages have each received the coveted 100-point score.” One of Napa Valley's most skillful winemakers, Russell cites Philip Togni and Greg LaFollette as mentors. PerUs sparks Russell's natural exuberance: “This is an amazing convergence of gifted people, offering a chance to learn and be inspired by the some of the best people in wine.”