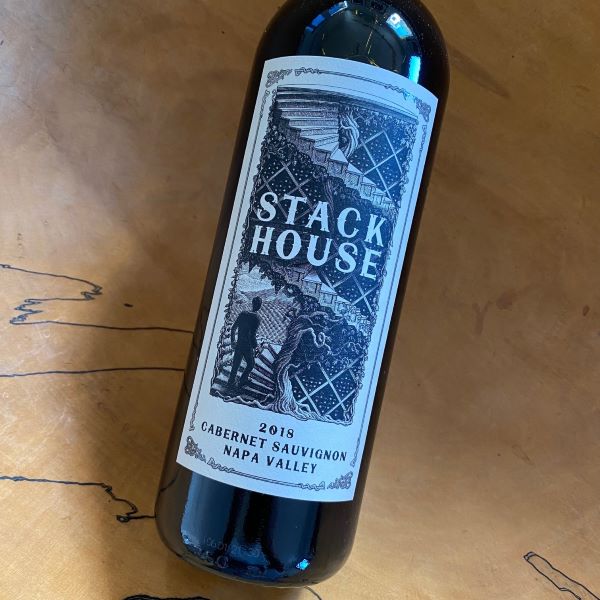 The 2018 Stack House Cabernet Sauvignon possesses a ‘stunning bouquet of blackberries, black cherries, raspberries, crushed volcanic rock, damp earth, toasty oak, and baking spice. This wine exhibits vibrant acidity, freshness, and extraordinary purity. The palate reveals soft tannins and a beautifully layered finish.’ The husband-and-wife Stackhouse team are comprised of winemaker Anna and Mario Monticelli. Anna was the assistant winemaker for Bryant Family Vineyard for five years while Mario worked with Philippe Melka as his assistant winemaker. Through these experiences along with countless others, they are deeply rooted in making high-quality Cabernet. Together, in making Stack House, there is no Cabernet from Napa Valley of this caliber at its respective price.

The husband and wife Stackhouse team are comprised of winemaker Anna Monticelli and Mario Monticelli. Anna's journey began at the University of California Davis, where she earned a degree in Viticulture and Enology. She spent her fourth year studying at the Sorbonne in Paris, France. After completing her degree in California, she returned to France to work the 2000 vintage at Château Cheval-Blanc. She was very fortunate to work for their technical director, Kees Van Leeuwen, one of the foremost viticulture professors in Bordeaux. Anna then moved to the Napa Valley and spent two years as the assistant winemaker at Seavey Vineyard before working for five years as the assistant winemaker at Bryant Family Vineyard. In 2007, she became the winemaker at Piña Napa Valley, where she crafts single vineyard designate Napa Valley Cabernet Sauvignon wines. Anna's husband, Mario, was born into a family whose roots as winemakers span four generations. His father emigrated from Italy to California where he has worked for over 40 years making wine for Gallo. He introduced Mario to the family business when Mario was still a child, instilling in him a passion that defines his life. Mario earned degrees in both Viticulture and Enology and Italian at the University of California Davis. He honed his craft working a harvest in Tuscany at Villa Antinori, then spent four years working as the assistant winemaker for consultant Philippe Melka for numerous Napa Valley producers. He spent three years as the winemaker for Quixote Winery before assuming the role of winemaker for Trinchero Napa Valley in 2007.