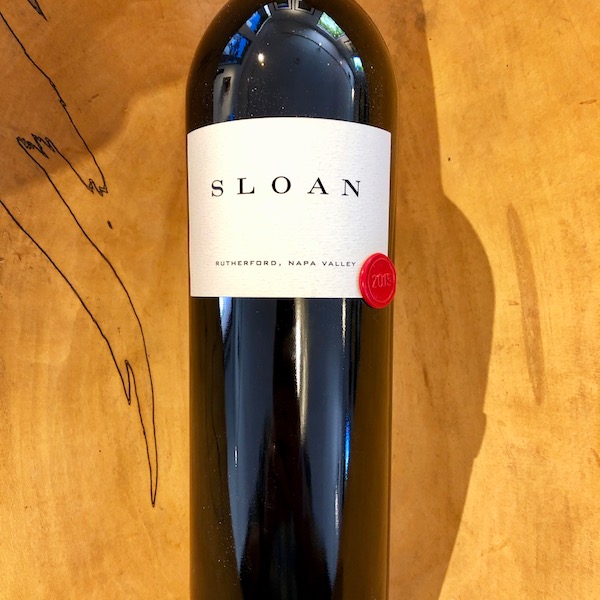 After twenty-six months in oak and one year of bottle aging, this 2016 Sloan Estate Red has developed and deepened in complexity with all the components effortlessly displaying multi-dimensional layers of tannins and flavors. "Deep garnet-purple colored, the 2016 Proprietary Red opens with fragrant notions of candied violets, chocolate box and baking spices with a core of blackcurrant cordial, preserved plums and blackberry compote with touches of garrigue and menthol. Full-bodied, rich and packed with black fruits sparked by tons of cinnamon and cloves accents, it has a firm, velvety-textured frame and great freshness, finishing with epic persistence." -Wine Advocate. 700 cases were produced.

I've been fortunate to taste the last five vintages of Sloan Estate in line-ups with other Cult Cabernets of similar caliber and Sloan is always ranked as one of the best and often times, the best in their class. Sloan’s ability to age gracefully is one of its best characteristics. This 13-acre estate vineyard in Rutherford's eastern hillside above Auberge du Soleil was planted in 1997 by David Abreu and their inaugural vintage was 2001. The elevation there ranges from 875 to 995 feet and the vineyard is planted to 65% Cabernet Sauvignon, 25% Merlot, and approximately 2% Petit Verdot and 8% Cabernet Franc. It is a spectacular property with a full range of exposures for the fruit to thrive. Since their first vintage, Sloan continues to be made by Martha McClellan, consulting winemaker Michel Rolland and David Abreu's vineyard team. These newly released 2016 Reds are even more stunning than the 2015's as they offer more fruit and textural generosity after decanting or letting sit for a few hours. These are cellar-worthy Reds and will only benefit with a few more years of cellaring.