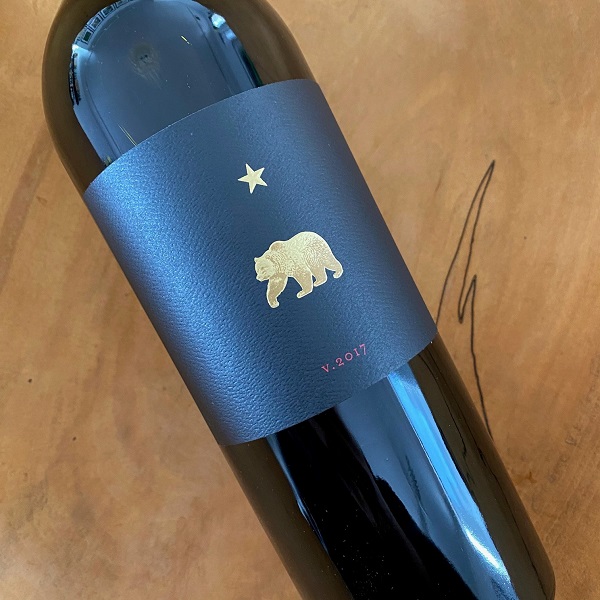 We first met California native winemaker Tony Biagi while he was working at Cade and Plumpjack in 2006. A few years later, he moved on to become the winemaker at Hourglass and now, in addition to his role there, Tony has embarked on producing his own wine, Patria, which means homeland in Italian. 2013 marked his debut vintage but with production being so small and the quality being so good for the price, Patria sold out almost immediately. 158  cases were produced of this outstanding Red from A. Price Vineyard, a 2.5 acre grower vineyard on the western side of St. Helena's AVA.  In fact, the Price family were the original owners of the land that is now home to Spottswoode. A. Price Vineyard is planted to all Clone 7, a heritage clone of Cabernet Sauvignon. For this 2017, Tony created the final blend to be 88% Cabernet Sauvignon, 8% Petit Verdot and 4% Cabernet Franc. "Deep garnet-purple colored, the 2017 Cabernet Sauvignon A. Price (100% Cabernet Sauvignon) is deep garnet-purple colored and has a provocatively plummy, warm cassis and black berry preserves nose with hints of cinnamon stick, bay leaves and tilled soil with a waft of pencil lead. Medium-bodied, the palate has a lovely interplay of stewed black fruits and dried herbs, with firm, chewy tannins and a savory finish." Robert Parker's Wine Advocate