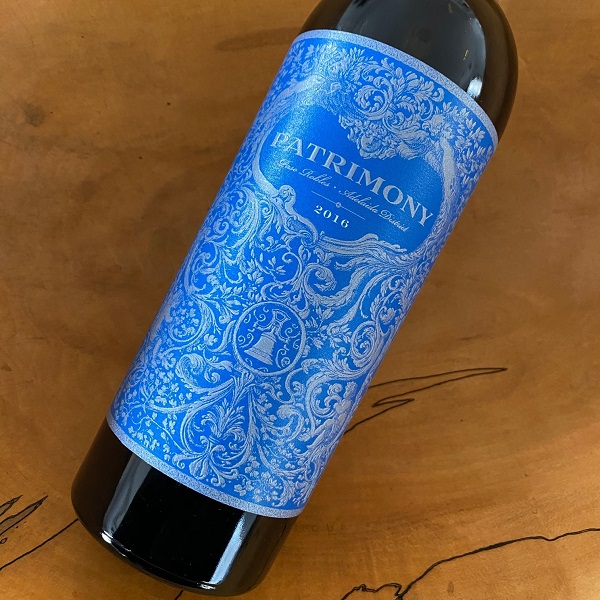 This is a groundbreaking wine for our friends down south in the Paso Robles AVA. When the wine director of The French Laundry left his role after 11 years working with Chef Thomas Keller, everyone’s head turned to see where he would go next. And to my surprise, I quickly heard from Erik that he was beginning to work with Patrimony, the estate vineyard that is going into unchartered territory- producing Cabernet Sauvignon at such an exceptional level which Paso had yet to produce until now. But it makes sense. At Daou's estate vineyards (which emphasizes Bordeaux varieties), vines are planted at high density on steep slopes in Adelaida District in a site once singled out by the great André Tchelistcheff for its potential. Grown in these soils and in this climate, Daou's vines produce grapes with an extraordinarily high phenolic content, to which the estate's winemaking has gradually adapted. Patrimony is produced from a small block of vineyard within their estate. "The 2016 Patrimony is made of 100% Cabernet Sauvignon and aged 30 months in 100% new French oak. It has a deep purple-black color and explosive, unbelievably layered nose of lilacs, violets, vanilla, espresso, rooibos tea leaves, underbrush and cinnamon stick aromas mingling over a core of blueberry compote, blackberry pie, black cherry preserves and pure blackcurrant fruit with an undercurrent of iron and graphite. The medium to full-bodied palate gives up stunningly explosive flavor layers. It has an unbelievably ripe, pixelated frame and fantastic juiciness, finishing very long, lifted, and layered. This is stunning. There's no one else making Cabernet Sauvignon like this in Paso Robles." - 98 Points, Robert Parker's Wine Advocate. If you are going to drink this in the next few months, you absolutely should decant the wine for at least an hour. 600 cases were produced.