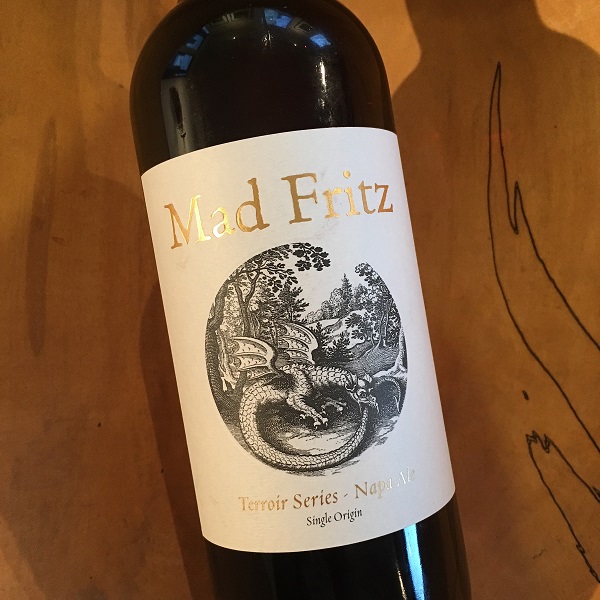 This is Mad Fritz Brewery's ‘pièce de résistance’ from their Origin Brewing approach. It’s a Single Origin Ale -grown, malted and brewed in Napa County. They are one of the few breweries in the world that can grow, malt and brew their beers. This is a Pale Ale in style and offers a clean, malty profile with savory notes and subtle hop flavors.  Aged in Neutral French Oak for 1 month it is a refreshing take on drinking a beer from a site-specific place. It should be chilled upright (settles the yeast from natural carbonation) and poured carefully into your favorite wine stem or pint glass. These bottles are unique Belgian Swing Top bottles so if you prefer to have a glass and hold off, close the top and put it back in the refrigerator for 1-3 days.

Mad Fritz Brewing Co began as a collaboration in 2014 between Nile Zacherle’ s brewing background and the combined winemaking experiences he and his wife, Whitney Fisher of Fisher Vineyards, have had in Napa Valley, Sonoma and abroad. As for the name, they have two children: Madeleine and Fritz. Their concept is simple: the best wines come from a place, why shouldn’t beer, thus a journey to brew ‘Origin Specific Beer’ began. They craft ales and lagers with an emphasis on controlling the raw materials furthering the expression of a time, place and the people that make it happen. They are all barrel aged, bottled unfiltered and naturally carbonated.