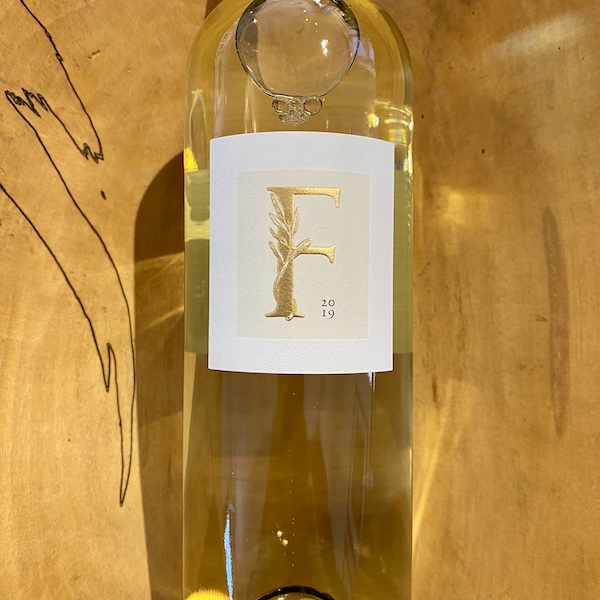 A mere 312 cases were produced of this unbelievably fresh and delicious Sauvignon Blanc. This newly released 2019 White offers refreshing aromatics of lemon meringue, jasmine blossom and key lime essence. As the wine develops in the glass, riper characters shine through with notes of stone fruit and hints of underlying barrel spice. 60% of the 2019 Sauvignon Blanc comes from the Kick Ranch vineyard, which lies within the Sonoma Coast appellation and sees cooler temperatures coming from the coastal fog influence. 40% of this wine comes from the Oak Knoll district of Napa Valley, where the cool winds from the San Pablo Bay help retain acidity and the warm Napa Valley sunshine provides ripe, fruit forward characters. This sophisticated Sauvignon Blanc is one of our go-to Whites upon release each year.
Of the 300 acres that comprise Kelly Fleming's property in Calistoga, only twelve are planted to wine grapes with three distinct blocks devoted almost entirely to Cabernet Sauvignon. Eight acres were planted in 1999, four more acres established six years later. The natural differences between these blocks – the varying elevations, soils, slopes and exposures – are accentuated by viticultural techniques tailored to each, including pruning, trellising and irrigation. Even within the blocks, the variations are such that their vineyard is picked in up to ten different lots, vinted and barrel aged separately in their cave. These blocks, and the lots that derive from them, give winemaker, Becky George, the tools she needs to make a multi-faceted and compelling single vineyard Cabernet Sauvignon. Mike Wolf, one of the best viticulturists in Napa Valley, farms this vineyard with the same attention to detail as his other clients including VHR-Vine Hill Ranch, Scarecrow and Rewa Vineyards.