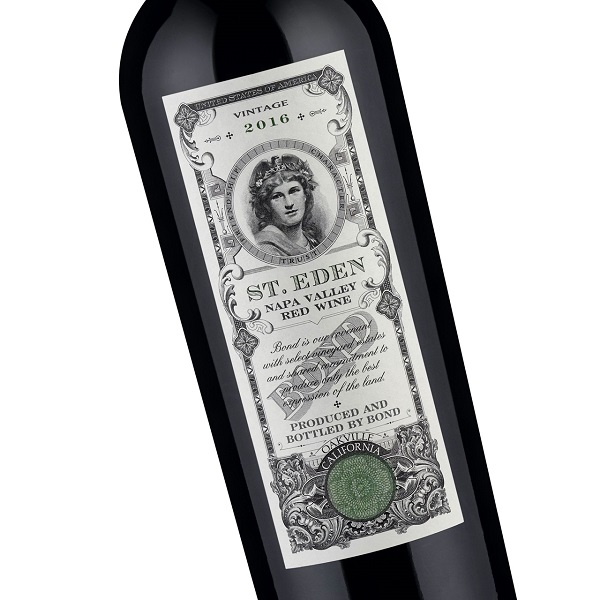 The virtue of St. Eden is hidden beneath its often-voluptuous proportions, which can blind one to its depth of character. Aromas vacillate between ripe cassis and Provençal herbs. The entry of the wine is robust, but this impression gives way to fluid silkiness. The wine moves effortlessly across the palate, becoming exponentially finer, until it ultimately balances on a single focal point, giving birth to a persistent interplay of acidity, flavor, and texture. The growing season began at the end of March and proceeded gracefully through bloom and veraison. Harvest started on September 21st and concluded two weeks later, after a total of 15 harvest passes. Yields in the old vines were quite low, but the expression of character was delightfully pure. -BOND
Sourced from select hillside estates, the Cabernet Sauvignon wines of BOND vividly demonstrate the range of Napa Valley's finest terroirs. From the more than eighty vineyards they have worked with over the past quarter century, they have slowly and vigilantly selected five sites. BOND became their covenant and shared commitment to produce only the best expression of the land. By way of this valuable experience, they had the opportunity to identify select properties that they felt had the potential to define the ‘Grand Crus’ of Napa Valley. These small hillside Cabernet vineyards, ranging in size from 7 to 11 acres, became the basis for the wines of BOND. The wines that emerged from the 2016 harvest stand in contrast to the dark, brooding persistence of those from 2015. They are beautiful, with more lush fruit notes and seamless tannins yet have the complexity to give them years of maturity in the bottle.