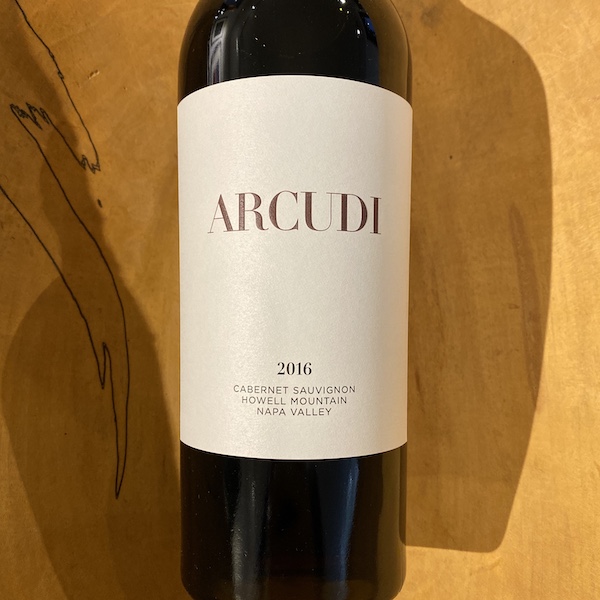 Tony Arcudi worked first as a missile navigation engineer aboard Navy submarines and later as a product manager in the tech sector. After his first career, Tony transitioned into working in wine production as a viticulture intern at Krupp Winery. He later became the assistant winemaker at Nickel & Nickel Winery and then had the opportunity to work as assistant winemaker to Heidi Barrett, winemaker at Kapcsandy Winery and then ultimately, started his own winery with the 2012 vintage.
This 2016 Howell Mountain AVA Cabernet Sauvignon is 100% Cabernet Sauvignon and comes from the famed Black Sears vineyard. The Black Sears vineyards lie nestled among hundreds of acres of wild oak forests at the top of Howell Mountain. Approximately 24-acres of the 420-acre ranch have been planted as vineyard over an east-facing hillside where an apple orchard once stood. Looking down from high above the valley fog, the vineyard shares its home and its view with black bears, mountain lions, hawks and rattlesnakes. At just over 2400 feet, it is the highest vineyard on Howell Mountain and is among the highest vineyards in all of Napa Valley. This new release was aged for 20 months in 50% new French oak and is deep garnet-purple colored and "displays scents of cassis, chocolate-covered cherries, black plums and camphor with touches of tar, garrigue, cigar box and pencil lead. Medium to full-bodied, the palate offers fantastic freshness and a firm, grainy texture to support the youthful black fruit, finishing long with some mineral notes coming through." 121 cases were produced.