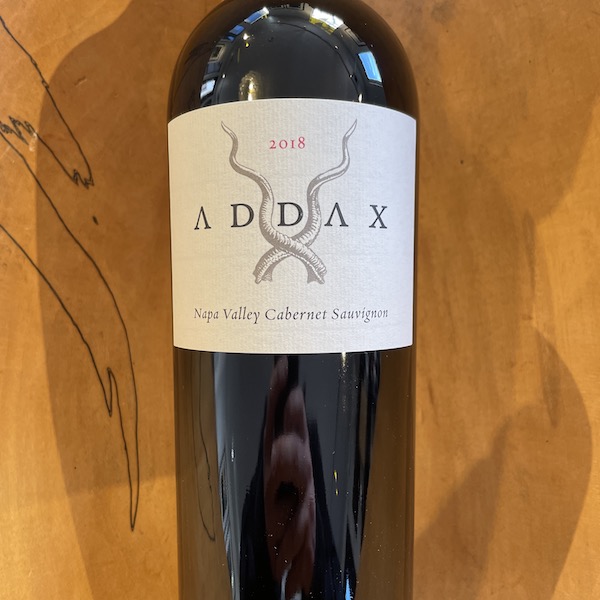 Dark and inviting in the glass, winemaker Russell Bevan has produced a mouth-filling Cabernet that is in his signature style. A nose of blueberry, espresso, and black currants draws you into the glass, revealing a palate that showcases this wine’s hedonistic core. While dense and focused, this wine’s refined tannins carry its background notes of leather and spice throughout an almost never-ending finish. For this 2018 offering, Russell sourced from his longtime vineyard sources in Oakville, Rutherford, St. Helena, Pritchard Hill, and Atlas Peak. 561 cases were produced.

Crafted by Russell Bevan, one of the most sought-after winemakers in California today, Addax is an artisan winery founded by Brian Kearney and Josh Peeples. What began with a few friends and a few barrels of Cabernet in 2009 has evolved into a phenomenal portfolio of wines, including Oakville Cabernet Sauvignon, Petaluma Gap and Sta. Rita Pinot Noir, and a selection of Sonoma Chardonnays. After more than a decade, they continue their quest to work with exceptional vineyard sites to produce wines with brazen personality. As a part of The Institution family of wines, made at 2100 Hoffman Lane, they utilize their winery in Yountville to highlight some of California’s most sought-after vineyards.