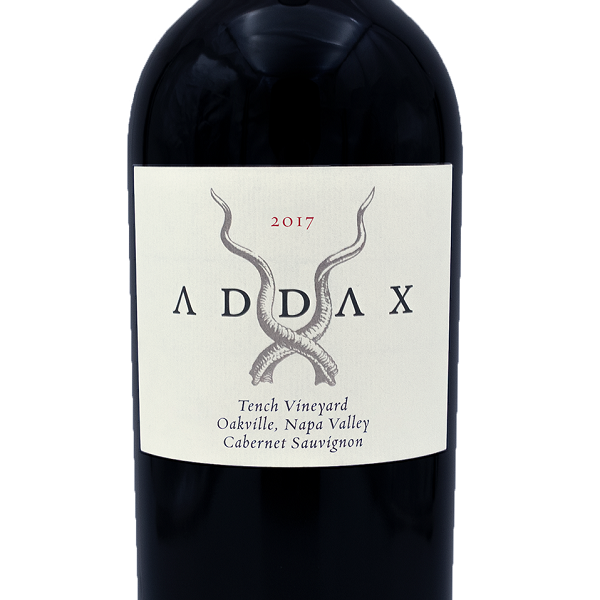 Made by Russell Bevan, one of the most sought-after winemakers in California today, Addax is a small winery project led by Josh Peeples that began in 2009. This newly released 2017 is comprised of 100% Tench Vineyard Cabernet Sauvignon. Tench Vineyard is a 60-acre property with 42-acres of vine. It’s on a hill in the heart of east Oakville along Oakville Cross Road and neighbors Screaming Eagle to the north and Rudd and Harbison to the west. Tench Vineyard contains red soils of clay and volcanic rock which marries perfectly with their cabernet vines. It is one of the most sought-after vineyards for sourcing great Oakville fruit and for good reason. "The 2017 Cabernet Sauvignon Tench Vineyard is a great expression of this site. Dense purple-hued with tons of cassis, red plums, new saddle leather, and dark chocolate, as well as a touch of cedary herbs, this beauty is packed with fruit, has a full-bodied, layered, rounded texture, beautiful mid-palate depth, and a great finish. It’s a beautiful wine that’s going to evolve for 20 years or more." – Jeb Dunnuck, 96+ Points. 220 cases were produced.

Crafted by Russell Bevan, one of the most sought-after winemakers in California today, Addax is an artisan winery founded by Brian Kearney and Josh Peeples. What began with a few friends and a few barrels of Cabernet in 2009 has evolved into a phenomenal portfolio of wines, including Oakville Cabernet Sauvignon, Petaluma Gap and Sta. Rita Pinot Noir, and a selection of Sonoma Chardonnays. After more than a decade, they continue their quest to work with exceptional vineyard sites to produce wines with brazen personality. As a part of The Institution family of wines, made at 2100 Hoffmane Lane, they utilize their winery in Yountville to highlight some of California’s most sought-after vineyards.